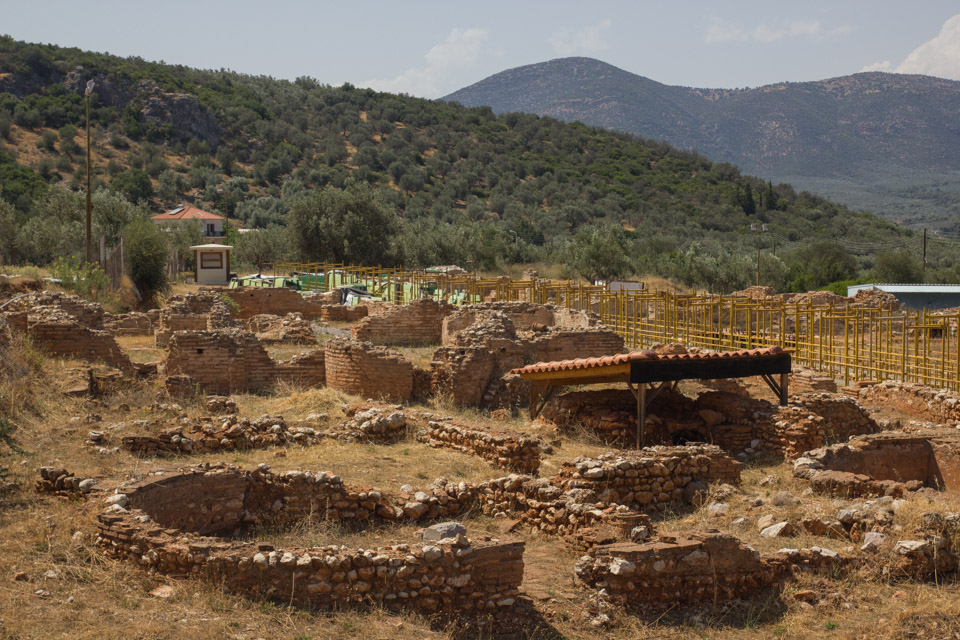 Villa of Herod of Attica

One of the most important monuments of The Roman Times is situated in the ancient village of Kynouria, Eva, whose remains are rescued.

The place of the Villa is extended to 20.000km2, a little far from the village Kato Doliana and opposite the Monastery of Loukou and it is one of the richest findings that where discovered initially by the traveller Leake and later by the archaeologists Theodoros and George Spyropoulos.

The latest archaeological find was the pillar with the names of the victims of the Marathon Battle. This finding proves the relationship of origin between Herod and Marathon and it was about his later creation.

Herod of Attica was a philosopher, politician and lover of works of art and extended his father’ s villa to Eva with aquaducts, baths, statues.

The villa compromises the greatest monument of the Athenians hero-worship as it is located in a great landscape with fertile ground, several quarries and was a museum of ancient art.

The villa, sample of a special architecture and construction has an atrium, artificial ditch-river, three paths, mosaic floors and pillars.

The State is planning to build a shelter to protect the findings.

You can find out more about which cookies we are using or switch them off in settings.

This website uses cookies so that we can provide you with the best user experience possible. Cookie information is stored in your browser and performs functions such as recognising you when you return to our website and helping our team to understand which sections of the website you find most interesting and useful.

Strictly Necessary Cookie should be enabled at all times so that we can save your preferences for cookie settings.

If you disable this cookie, we will not be able to save your preferences. This means that every time you visit this website you will need to enable or disable cookies again.

This website uses Google Analytics to collect anonymous information such as the number of visitors to the site, and the most popular pages.

Please enable Strictly Necessary Cookies first so that we can save your preferences!